Japan boasts one of the longest life expectancies in the world and has 80,000 citizens who are over 100 years old. Would it surprise you to learn that many of these centenarians have only recently started celebrating their birthdays? In this article, we’re going to take a closer look at how to celebrate birthdays in Japan, and learn about the various ways of saying “happy birthday” in Japanese.

The idea of celebrating a new year of life on the day you were born is a relatively new idea in Japan. Originally, Japanese people believed that New Year’s was the time to celebrate the beginning of another year in someone’s life. Everyone got “older” on the same day. This only began to truly change in the 1950s, when Japan opened up to western cultures following World War II. Western holidays like Halloween and Christmas, and of course, birthdays evolved their own uniquely Japanese style.

Holding to the Western style, birthdays in Japan involve friends, family, presents, and of course, a cake. However, there are a few notable differences between a Japanese birthday party and the birthday parties you’ve celebrated.

What some might consider the biggest difference (and improvement) in Japanese birthday parties is that the birthday person never has to plan the party themselves. Friends will inevitably get together, pick a day that everyone is free, and plan the party at a favored restaurant or bar. This makes cleanup easier, and of course, the food is always great.

The birthday person will never pay for their meal; everyone chips in to cover the cost. As the service industry in Japan is used to hosting birthday parties, most restaurants have special offers on desserts or drinks. There might even be a “サービス” (saabisu, or “service”), or a freebie, in the form of a small dessert. Whether or not the staff sings “Happy Birthday” really depends on requests made and the type of restaurant. Japanese people are more private than Western revelers; many don’t appreciate their birthdays being opened to the public.

Many Japanese people will celebrate with friends on a different day, as their birthday might be a special date day with their significant other. Like Valentine’s Day, Christmas, and other Western-inspired holidays, birthdays have taken on a romantic significance in Japan.

Japan is well-known for its complex gifting culture. Fortunately for those attending a Japanese birthday party, gifts are rarely expected unless you’re a close friend or a family member. A card or a small package of sweets is often sufficient. In fact, many Japanese people are nervous when invited to a foreign friend’s birthday party, as they’re unsure of whether to bring a glamorous present.

Should you be celebrating a coworker’s birthday, your office might pass around message for everyone to sign. This will be presented, along with a bouquet of flowers or candy bag, to the birthday person at the end of the night.

If you’re wondering what sort of gift to give your Japanese significant other, or perhaps to your Japanese in-law, a basket of seasonal fruit or another food-themed gift set is considered affordable and popular with all age groups and genders. Of course, in that position you will know the person best. It never hurts to ask what they want, just as you would with someone in your own country. 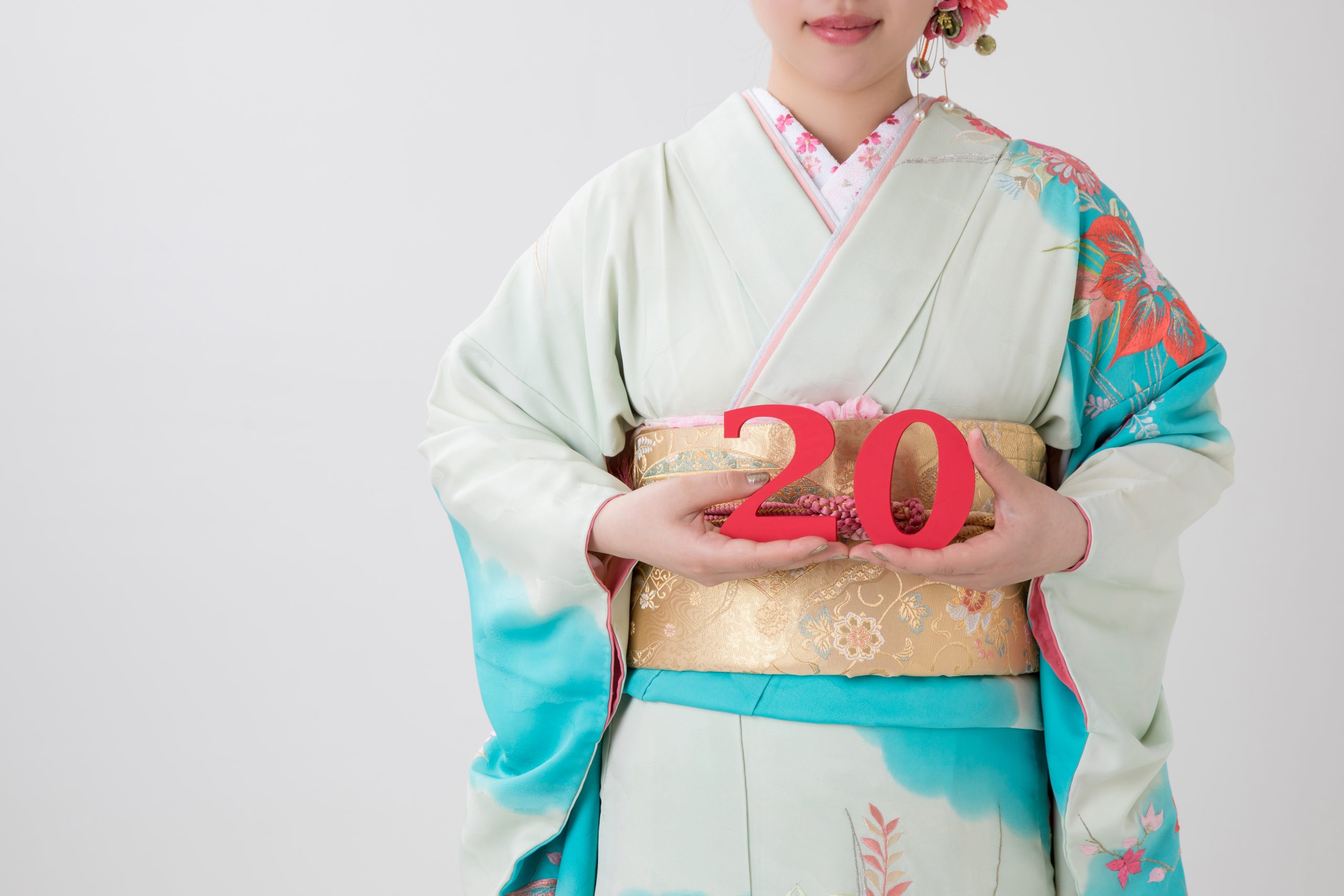 “Happy Birthday” in Japanese and Other Phrases

Here are some words and phrases that will help if you’re attending a birthday party in Japan or want to celebrate with your Japanese friend!

This is the most common way of saying “happy birthday” in Japanese. お誕生日おめでとう（o tanjoubi omedetou）literally translates to “congratulations on your birthday!” This is an appropriate birthday greeting for someone your age or within your social circle.

If you want to say o tanjoubi omedetou to someone who is older than you or to a person you’re still not well-acquainted with, you should make the phrase more polite: おたんじょうびおめでとうございます（o tanjoubi omedetou gozaimasu）is the formal version of this birthday greeting.

Happiii basudee is the 和製英語（wasei-eigo）, or English loan word birthday greeting. It is Happy birthday! with a Japanese accent. As with many loan phrases, happii basudee is less formal than o tanjoubi omedetou gozaimasu.

This way of saying “happy birthday” in Japanese is recommended to be used among friends and family, not with your boss.

Hopefully, you won’t need to ask this question (especially at a birthday party). 何歳ですか（nansai desu ka）means How old are you? おいくつですか（o ikutsu desu ka）has the same meaning with a slightly more formal nuance.

If you’re on the receiving end of this question, respond using the Japanese numbering system and add ～歳です（-sai desu）to depict how many years old you are.

乾杯（kanpai）is the Japanese drinking cheer. Even if the birthday party consists of underage people, it’s traditional to begin a celebration with a toast. In fact, it’s considered rude to eat before the kanpai. Drinking culture is a big part of Japanese celebrations, even if you’re only drinking green tea.

If you’re giving a gift to the birthday person, saying つまらないものですが…（tusmaranai mono desu ga…）will certainly impress them. The phrase means, “this isn’t much, but…” and lends a Japanese sense of humility to your gift-giving. If you’re giving a gift to a close friend or someone of your own age, this phrase might be a little too formal. You might want to say どうぞ (douzo), which means Here you are, instead.

The phrase 素晴らしい一年になりますように（subarashii ichi nen ni narimasu you ni）is great for wishing the birthday person well. It means, May you have a wonderful year. The ending ～ように（-you ni）implies a prayer or a wish.

“Thank you” is a phrase that’s bound to come up during birthday parties. There are many ways to express thanks in Japanese, but ありがとうございます（arigatou gozaimasu）is the most common.

Some birthdays in Japan are considered special milestones due to Japan’s roots in the Chinese zodiac and other cultural factors.

20th birthdays in Japan are big events. Young people celebrate their 20th birthdays with alcohol and loud parties, much like America’s 18th birthday party celebrations. There’s also a special ceremony for 20-year-olds called 成人式（seijin shiki） in January. Everyone who turned 20 in the previous year wears flashy traditional clothing and celebrates with friends and family. Hatachi is also the only “special” Japanese birthday that’s totally unrelated to the Chinese zodiac cycle.

Kanreki is the 60th birthday in one’s life. It’s a big year according to the Chinese zodiac, representing a full completion of the five cycles. The person being celebrated is given a red piece of clothing to represent new birth. Since the five cycles are complete, they are essentially “reborn.”

Even in the modern sense of things, kanreki offers a chance at a new life. 60 is the official retirement age in Japan, and some may consider moving on to a new lifestyle without the daily grind of work to hassle them.

To celebrate one’s 77th birthday in Japan is to celebrate 喜寿（kiju）, or a year of good fortune. This belief came about by disassembling the archaic form of the kanji 喜寿. Broken into pieces, this kanji represents “luck” or “high fortune.”

Turning 88 in Japan gives one the chance to celebrate 米寿（beiju）, or the rice year. Rice, associated with wealth and material fortune in old Japan, can be created by combining the kanji for 88 (八十八). It might be difficult to see the 米 （bei, rice）without writing it out with a pen. Nevertheless, year 88 in one’s life is a milestone for wealth and comfortable living.

Of course, the 100th birthday in Japan is simply called “100th” with the word 百寿（hyakuju）. Japan’s population is filling with more and more centenarians, or people living into their hundreds. That doesn’t make this birthday celebrating a century of life any less important. Let’s all aim to reach our hyakuju birthdays!

While birthday parties in the Western sense of the world are fairly new to Japan, birthday traditions reach far into the country’s rich history. We hope that you’ve learned something from this article about how to say “happy birthday” in Japanese and birthday celebrations in Japan.

It’s always fun to celebrate a birthday with friends, so try to remember what we discussed. To test your memory, here’s a quick quiz on what we covered!

How do you say “Happy Birthday” to a friend?

Which birthday is the “rice” birthday?

How do you say, “It’s nothing much, but…” when giving a birthday present? 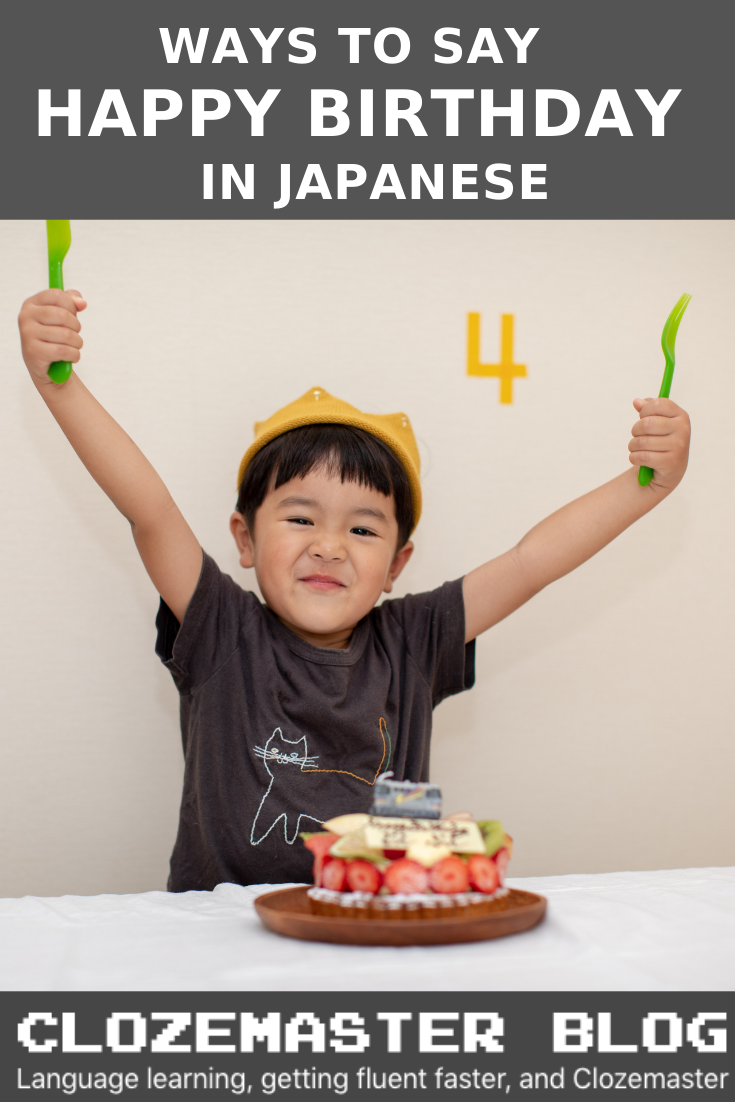