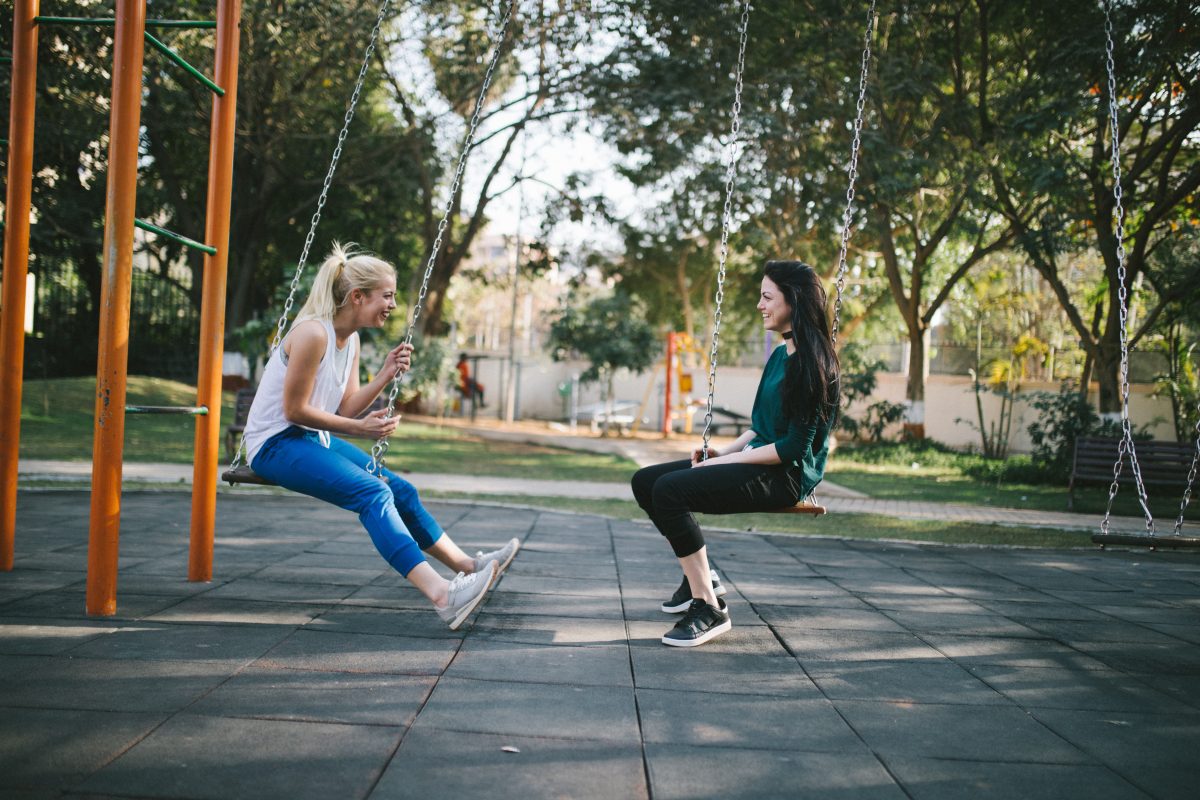 Let’s talk talking: are you the kind of person that feels energized by a good conversation? Or do you need lots of quiet time after going out with friends? What about the kinds of conversations you like to have: do you like small talk? Gossip? Discussing the economy? The point is, there are as many ways of talking as there are people and moods, and it is important to be able to communicate well, no matter the context.

In today’s lesson, we’re going to learn about the Spanish verb hablar, meaning to talk, or to speak. Over the course of this post, we’ll go over some key information on what kind of verb hablar is. We’ll also look at the different meanings of hablar, and lots of hablar conjugation for you to sink your teeth into. Once you’ve finished reading, there is a tailor-made Cloze collection at the bottom of this post for you to practice your new skills with.

So, without further ado, let’s talk!

What Kind of Verb is Hablar?

If you’ve been following these posts for a while, you’re probably so used to irregular verbs that you no longer get phased by them at all. If this is the case, you’re in for a surprise. The verb hablar is a regular verb, meaning you’re about to have a much easier time. With regular verbs, conjugation is simpler and you can more intuitively fill in the blanks. Let me explain:

In Spanish, verbs always end either in ar (like sanar, to heal), er (like comer, to eat), or ir (like compartir, to share). These verbs all have stem sections, which are the parts that come before ar, er, or ir. In hablar’s case, the stem is “habl-”. What makes hablar a regular verb is that this stem never changes, no matter what tense or subject the verb is being conjugated with. This means that you can be 100% confident that in hablar conjugation, the verb will always start with “habl-”, which cuts a lot of the guesswork out of the equation for you.

If you’re curious about other regular verbs, feel free to check out some other posts on this blog, like the one for comer (to eat), or leer (to read).

The Different Meanings of Hablar

Now that we’ve established that hablar is a regular verb, you can rest assured that you’re in for a pretty easy ride when it comes to this lesson. The only complication you’ll really be facing is how to parse out the different meanings of hablar. Lucky for you, if you already speak English, this is an absolute cakewalk. The verb hablar is a single verb that means both to talk and to speak.

While in English you’d have to navigate which one is correct based on context, Spanish is more chilled-out in this regard, so you’d always use hablar no matter what. For example, if you wanted to ask “Do you speak Italian?”, you would say “¿Hablas italiano?”. Likewise, if you wanted to say “Let’s go talk to him”, you would say “Vámonos a hablar con él.” As you can see, there is no distinction between to talk, and to speak in Spanish, so you really have nothing to worry about when learning this verb!

Because hablar is a relatively easy verb to learn, learning its verbal forms only requires a solid understanding of what verbals are, so let’s start with that first. Despite their confusing name, verbals occur when verbs don’t act like verbs in a given sentence. Instead, they act as nouns, adjectives, or adverbs. This is usually because the sentence has a different active verb, so the inactive one is used just to make reference to an action, but not the one being undertaken within that sentence. Looking at some concrete examples will make this much clearer. Let’s take a look at three different verbal forms for hablar.

In this sentence, the active, conjugated verb is querer, meaning to want, and hablar only acts as a qualifying word for the active verb.

The gerund of the verb hablar is “hablando”. It is often used when the active verb in a sentence is the verb estar, to be, and when the action it is referring to is still ongoing. For example:

As you can see, the active verb in the sentence is estar, and we use the gerund hablando because the action is still ongoing.

Only one more verbal to go! The participle of hablar is “hablado”, and this form is typically used when the active verb is haber, meaning to have. It is also used to organize compound verbs. As you will see in the compound verbs conjugation section later, the participle form reappears very frequently in Spanish conjugation. Here’s an example:

In this case, the active verb is actually haber, and the conjugation “has hablado” is a compound form of hablar, which is why the participle is used.

Now that we’ve covered verbals, the rest should be a breeze. Let’s do some proper hablar conjugation!

To begin these conjugation tables, let’s look at some of the most basic tenses for the verb hablar. These are the present (presente), the past perfect (el perfecto), the past imperfect (el imperfecto), and the future (futuro). With these four tenses in the bag, you’ll be well on your way to mastering the verb hablar and talking everyone’s ear off!

As you can see, the verb hablar is pretty straightforward and intuitive. If you feel confident with beginner verbs, why not try your hand at some of the compound verbs in the following table? Let’s look at the compound perfect preterite (pretérito perfecto compuesto), the pluperfect (pluscuamperfecto), and the future perfect (futuro compuesto).

As much as it is important to learn irregular verbs, it is great to give yourself a break and split up really hard lessons with easier ones. I hope this hablar conjugation lesson has been able to be one of those easier ones for you. Hablar really is a fantastic, versatile verb that allows you to express things as diverse as talking to your family or speaking Japanese! If you need a refresher, feel free to look over individual parts of this post again.

We went over the kind of verb hablar is, the different meanings of the verb, so verbal forms to use, and several conjugation tables you can consult no matter your Spanish level. Finally, If you’re in the mood to keep learning, I encourage you to try your hand at the hablar Cloze Collection at the bottom of this post, which has been designed with this specific lesson in mind. Thank you so much for following along, and talk soon!

Learning the hablar conjugation might seem daunting at first, but don’t worry, it comes naturally with practice.

Test your skills and see what you’ve learned from this article by playing a selection of sentences with forms of the verb hablar.