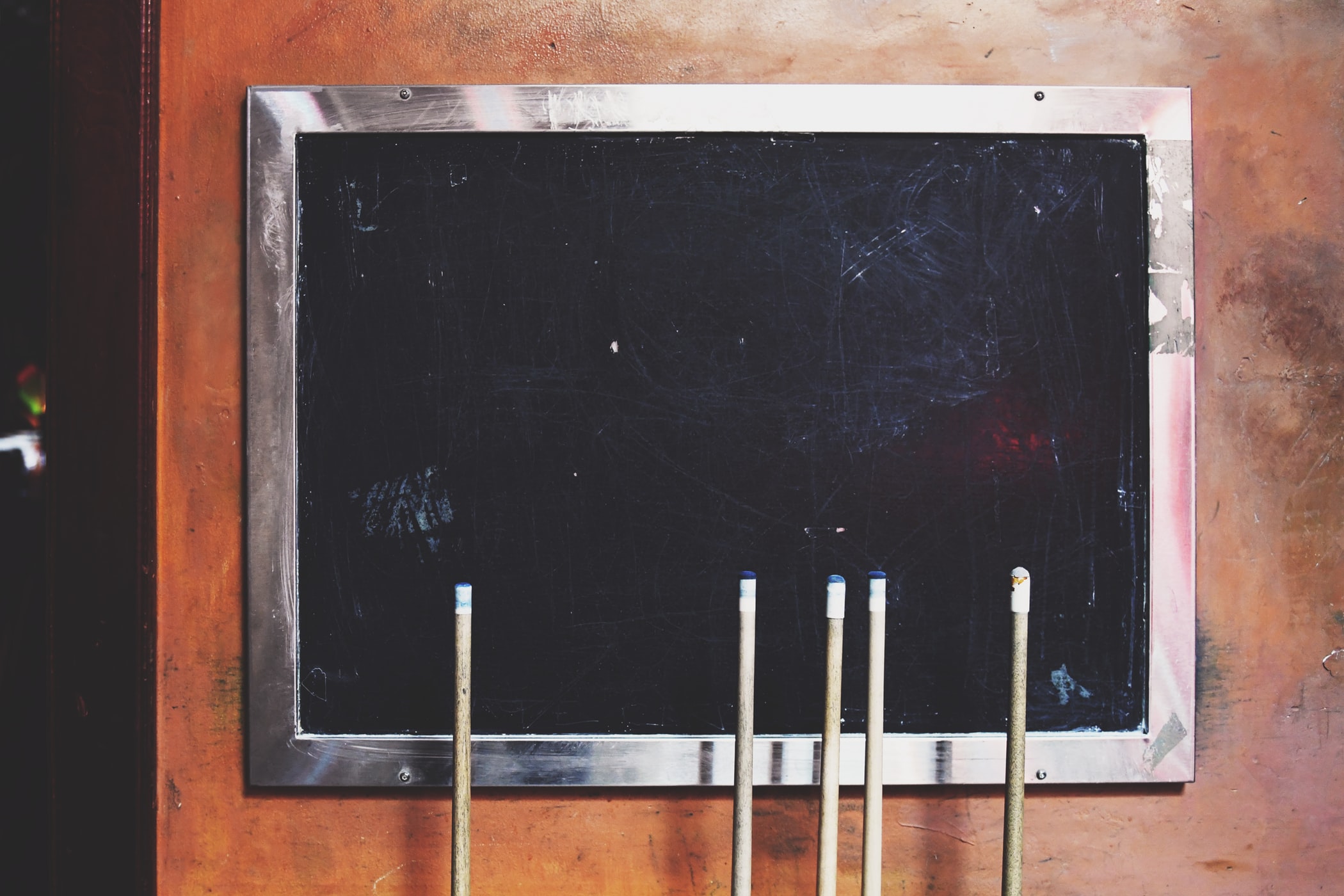 The avere conjugation is one of the most important conjugations in the Italian language. It is the equivalent of the English verb to have and is used to indicate ownership or possession.

It is also one of the two auxiliary verbs (the other one is essere – to be) in Italian. This means that avere is also used to help conjugate transitive verbs in order to form compound tenses. Let’s now take a look at the conjugation of this important verb.

Avere is not regular in all tenses, therefore it does not have a fixed pattern nor does it have the same suffixes that are used for regular verbs. Avere is used to indicate possession the same way English speakers use the verbs to have, to own or to get. There are, however, a few differences. The Present tense of avere looks like this:

Avere Conjugation in the Indicative Past Tense

Italian has more than one past tense. The indicative mood has two simple past tenses: imperfetto and passato remoto. The good news is that the imperfetto of avere is regular, therefore it follows the standard pattern. You just need to add the regular suffixes of the verbs ending in –ere: -evo, -evi, -eva, -evamo, -evate, -evano.

This tense is generally used to express regular activities that happened in the past or to describe people, feelings or situations that belong to the past.

The other tense is the passato remoto (Remote Past tense), which indicates an action that happened a long time ago. It is rarely used in Italian, as native speakers prefer to use passato prossimo (Present Perfect tense – a compound past tense that we will see later). You can almost exclusively find it in literature.

The Italian future tense is used to talk about situations that haven’t happened yet. The avere conjugation corresponds to the English “will have” or “going to have”.

Quando avrò 18 anni, potrò prendere la patente
When I will be 18, I will get my driving license

Se il colloquio andrà bene, avrai il lavoro
If the interview goes well, you will get the job

Compound Tenses of the Verb Avere

So far, we’ve seen the simple tenses of the avere conjugation in the Indicative mood, the most common and used mood in Italian.

The compound tenses are formed by taking the appropriate form of the auxiliary verb avere (to have) followed by its past participle: avuto. Let’s look at each compound tense, one by one.

Passato prossimo can be translated in English both with the Simple Past and with Present Perfect. It is used to express actions that happened in the recent past.

The other two compound past tenses are called trapassato prossimo and trapassato remoto. They are less used than other tenses and are usually studied at advanced levels.

Let’s see the trapassato prossimo (Past Perfect) of avere first. It is formed with the imperfetto (Indicative Imperfect) of the auxiliary verb avere and its past participle avuto. It corresponds to the English “have had” structure.

It is often used to describe a past situation that happened before another one (both actions already happened in the past).

The other compound past tense is trapassato remoto (Preterite Perfect tense). It does not exist in English language and can also be translated with the “had had” structure.

Its use is very rare in Italian language and exists almost exclusively in history books or literature. It is used to talk about an action happened before another one in the past, a long time ago.

The verb avere must be conjugated in the passato remoto (Remote Past tense) and then you will add the past participle after it.

The last compound tense in the Indicative mood is the futuro anteriore (Future Perfect tense). It is formed with the Future Simple of avere plus its past participle.

The Future Perfect tense is used in various situations, such as for future actions that will be finished before another action takes place.

Or to make a deduction or hypothesis about something that happened in the past:

The subjunctive is a verbal mood that is used to talk about situations of uncertainty, to make hypotheses or to express hope, opinions or desire. It is often used in dependent clauses introduced by che (that). The subjunctive has two simple and two compound tenses.

The Present Subjunctive of avere is mostly used to express a subjective statement, opinion or wish. It looks like this:

Che ne abbiate voglia o no non ha importanza: dovrete fare i compiti ugualmente
You must do your homework, it doesn’t matter whether you want to or not

The Subjunctive Perfect of avere is used to formulate a hypothesis or a personal statement about a situation that happened in the past. It is formed with the subjunctive present + the past participle.

Se avessi un milione di euro, mi trasferirei alle Hawaii
If I had a million euros, I would move to Hawaii

The Pluperfect Subjunctive, or congiuntivo trapassato, is an advanced compound tense. It looks like the previous Subjunctive Imperfect and is also used to express a hypothesis or wish.

The difference is that, while with the Subjunctive Imperfect of avere we talk about something that is unlikely to happen (but it’s not impossibile), with the Pluperfect Subjunctive we already know that it didn’t happen, because we are talking about something from the past.

Se avessi avuto un milione di euro, mi sarei trasferito alle Hawaii
If I had had a million euros, I would have moved to Hawaii

If you’ve come so far, we have good news for you: the Italian Conditional only has two tenses: present and past. The Present conditional of avere conjugation is the equivalent of the English “would have” and looks like this:

The present conditional of avere is often used to make polite requests or give gentle advice.

Avresti una penna da prestarmi?
Would you lend me a pen?

Se fossi in te, non avrei questo atteggiamento
If I were you, I wouldn’t have this attitude

The other tense is the Past Conditional, equivalent to the English structure “would have had”.

Al tuo posto, avrei avuto la stessa idea
If I were you, I would have had the same idea

The Italian imperative is the mood used to give orders, offer advice or suggestions.

Abbi il coraggio di parlargli!
Have the courage to speak to him!

Finally, here are the indefinite moods of avere:

Learning how to conjugate avere might seem daunting at first, but don’t worry, it comes naturally with practice.

Test your skills and see what you’ve learned from this article by playing a selection of Italian sentences with conjugated forms of avere. 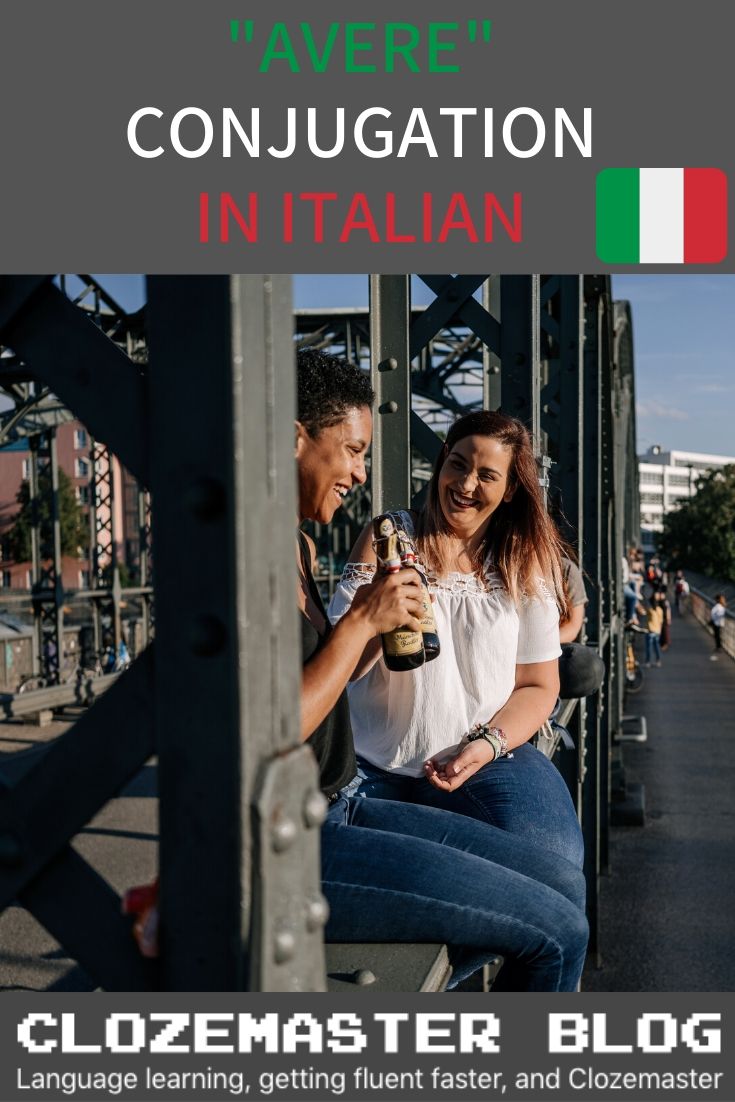