Being able to show our appreciation when someone does something for us is important – especially if we’re in a foreign country (um país estrangeiro). It’s important to be polite so that people get the right impression of us, and one of the most important ways to be polite is by knowing how to say “thank you” properly.

The word “thank you” in Portuguese is not as straightforward as it could be. If you have studied other Latin languages, like Spanish or French, or are used to speaking English (falando inglês), you would be used to always saying “thank you” in the same way, no matter who you are or who you are talking to. In Portuguese, it is slightly different.

That said, the situations when “thank you” is said are the same in Portuguese as in English. Such as when you are given a present (presente), if someone holds the door (porta) open for you, or when someone has done something nice for you. 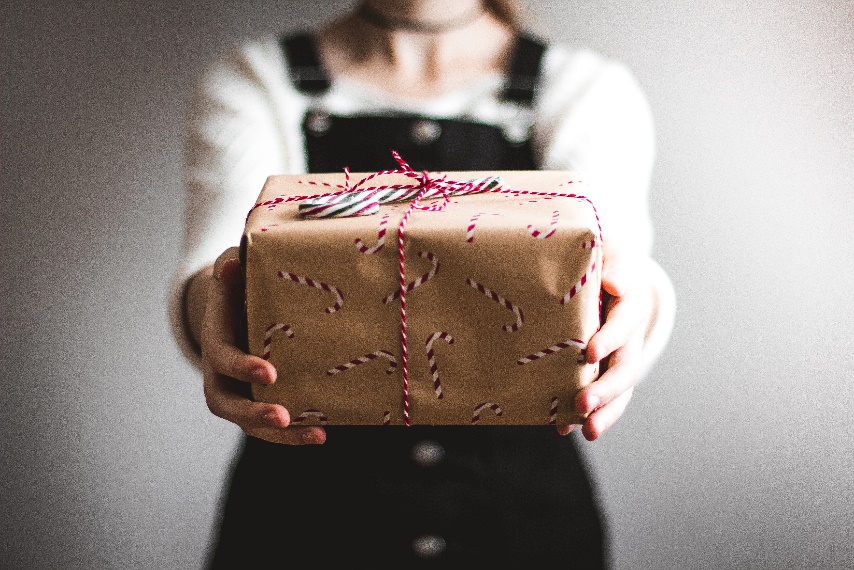 The word for “thank you” in Portuguese is obrigado. It comes from the Latin obligare – or in English, to be obliged. Translated into English, it sounds as if we have gone back to Dickensian times and are saying “I am much obliged, sir”, whilst tipping our hats.

The reason for this is that the word obrigado is an adjective, and in Portuguese, often the endings of adjectives change according to the thing that is being talked about.

So, just as you would adapt:

according to the gender of whatever you are talking about, we do the same with obrigado / obrigada.

If you are going to say “thank you” in Portuguese on behalf of other people, the form changes slightly:

A couple (male and female or two males) might say “obrigados” at the end of their wedding to their guests.

An all-female band might say “obrigadas” at the end of a show (thanking the audience on behalf of the whole band).

Thank You as an Interjection

Occasionally, you might hear a female use the word “obrigado!” to say “thank you” in Portuguese.

The only time you will hear this (unless, of course, they are reporting what someone else was saying), is if it is used as an interjection – and not as an adjective.

An interjection is used when you want to express a sudden emotion or strong feeling – often followed by an exclamation mark (!).

In this case, you might also find a female saying “obrigado!”

It is not uncommon to hear Brazilians – and especially the Portuguese – to chop the first o off obrigado – so it sounds like they are saying brigado or brigada.

It is important to remember, though, that it’s similar to the way that we sometimes drop our t’s in English. You wouldn’t write it down like that and you wouldn’t speak to people of authority like that – or someone might come back at you with:

Não é para brigar… (It’s not for fighting about.)

as the verb brigar means to fight.

You will probably be able to tell if someone is thanking you or picking a fight with you, however.

Just as in English we can say “thank you very much”, in Portuguese there are ways to say that you are really thankful.

One way is to say muito obrigado(a):

In Portuguese, you can finish some words with -ão to make something bigger than it is. For example grande becomes grandão – big becomes really big.

So, another way of saying “thank you very much” in Portuguese is by saying obrigadão – the same whether you are male or female. This is informal, mainly used in Brazil and is generally treated as a one-word thank you sooooo much.

If you want to show that you are REALLY, REALLY grateful, you might also want to say:

You can also use obrigadíssimo(a) in the same way.

Just as we have the -ão on the end of words to make them bigger, Portuguese also has a way to make them smaller. This is often a way to show affection. The ending is –inho (masculine) or -inha (feminine).

Ronaldo might turn into Ronaldinho – an affectionate name for Ronaldo.

Or you can also say:

Tenho uma casinha (I have a little house).

If you were to say obrigadinho or obrigadinha, this is usually used as a tongue-in-cheek or ironic way of saying thanks – so make sure that your facial expression shows what you really are trying to say!

Sometimes different cultures can interpret words in their own way.

Imagine, for example, that you get invited around to someone’s house for lunch (almoço). They might offer you some delicious smelling and looking pão de queijo – a famous cheesy bread made in Brazil – and as they head towards you, you look at them, smile and say “obrigado”. To which they promptly turn around and stash the delights away before you even get a chance to try.

If you say “obrigado” or “obrigada” when you are about to be offered something, they will often take that to mean no thanks!

Which is probably not what you want – if you don’t want to miss out, especially if it’s pão de queijo!

What you should say instead is “sim, por favor” (yes please).

When we are saying thank you, we usually want to say what we are being thankful for. For this, we use the word por.

When we it with a verb, it will always keep the por form.

However, if you are using it with a noun, the word por changes to pelo or pela, depending on whether the noun is masculine or feminine.

Other Way of Saying Thanks in Portuguese

There are some other words which can also be used to also say thank you in Portuguese – although obrigado(a) is the most commonly used term. They vary in formality – some being so formal that you barely hear them, and others being very informal.

In English, we sometimes use the word thanks when we could also use due to.

“Thanks to your hard work, we will open on time.”

In Portuguese, we use the graças in this context, so the above phrase would be:

Or, as heard very often, graças a Deus (thank God).

Responding to Thanks in Portuguese

The most common way of saying you’re welcome in Portuguese is de nada or por nada.

And the good news is that it doesn’t matter whether you’re male or female, or who you’re talking to!

And it sometimes rhymes, which makes it sound even better.

De nada or por nada literally means, it’s nothing, or it was no trouble/problem.

You might find that some people say Não há de quê.

This means There’s nothing to thank me for, but basically means you’re welcome, although it is a little less common.

In Brazil, you might hear people say in shops or similar places obrigado(a) você or obrigado(a) eu, meaning literally no, thank YOU.

So now you know how to say “thank you” or “thanks” in Portuguese and how to respond to someone thanking YOU.

Test your skills and see what you’ve learned from this article by playing a selection of sentences with various ways to say “thank you” in Portuguese.