The verb dizer – meaning “to say” or “to tell” – is a common verb in Portuguese. It is used in a whole host of situations, from news reports (reportagem), to historic papers (papéis históricos), fiction books (livros de ficção) or just in relaying a conversation (uma conversa). It`s important to understand how the conjugation of dizer in Portuguese works, so that you know who said what and when, while as at the same time being able to accurately relay information to other people.

Whether you`re someone who loves a bit of gossip (fofoca), or purely want to delve into the depths of how to conjugate ‘dizer` in Portuguese, help is at hand! 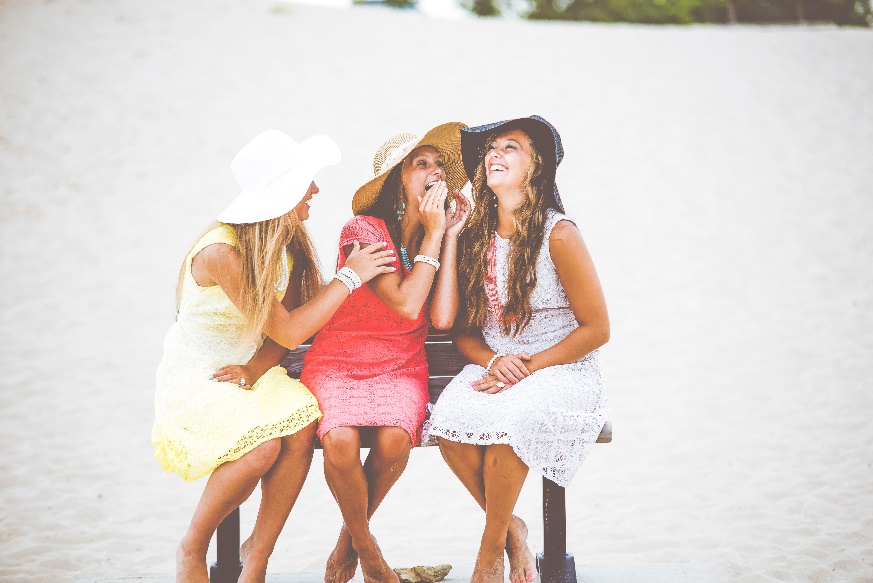 About the Portuguese Verb Dizer

The verb, dizer, comes from the Latin word, dicere. It is similar to the Spanish verb decir or the French verb dire. In Portuguese, it can be used to express a number of meanings — mainly “to say” and “to tell”– but can also be used in certain situations to mean“to state”, “to utter”, “to pronounce”, “to recite”, “to blurt out”, “to account”, “to inform”, or “to report”.

So, whether you want to report what someone said in a story, or just want to tell a child “for the umpteenth time, I am saying no!”, you will be wanting to use the verb dizer.

Learning how to conjugate verbs can seem like a lot of information all at once. So let’s separate out the different tenses to make it a bit more digestible. The four most common ways that the verb dizer is used are in the present tense, present perfect tense, past preterite tense and the future tense. Here`s an explainer on how to conjugate dizer in these four tenses.

The Present tense is used when you talk about what is happening NOW.

You use the Portuguese Present Perfect tense when you talk about something that happened in the past, and would use have or has in English.

So, some examples of how dizer is conjugated in this tense would be:

Vos tendes dito que concordam em responder á pergunta. (You have all said that you agree to answer the question.)

Conjugation of the Verb Dizer – Past Preterite Tense

We use the Past Preterite tense when we are talking about something that happened at a particular time in the past.

So, here are some examples with dizer in the Past Preterite tense:

Você disse que é uma porta azul. (You said that it is a blue door.)

Foi isto que eles disseram… (This is what they said…)

The Future tense is used when talking about what we will be doing in the future.

Some examples involving dizer conjugated in the Future tense would be:

O que sua mãe dirá? (What will your mother say?)

Nos diremos a ela que está atrasada demais. (We will tell her that she is too late.)

Conjugating Dizer – The Next Level…

Now that you have these more basic conjugations of the Portuguese verb dizer under your belt, we can move onto some more complicated tenses. It can be a bit tricky to understand some of these tenses for English speakers, as they don`t really exist as separate entities in the modern English language.

To cut a long story short, the conditional mood is used when we would say would in English.

Some examples of using dizer the Conditional mood would be:

Eu diria mas estou com medo dele. (I would say, but I`m scared of him.)

Se eu te perguntasse, tu me dirias uma mentíra? (If I asked you, would you tell me a lie?)

Mesmo que seja muito doce, eles não diriam a ele. (Even if it was very sweet, they wouldn`t tell him.)

Conjugation of the Verb Dizer – Past Imperfect Tense

The Past Imperfect tense is used when we talk about something that we used to do, but don`t do anymore.

In this case, examples of sentences with dizer conjugated in the Past Imperfect tense are:

Ela sempre me dizia que estava doente. (She always used to tell me she was sick.)

Nos dizíamos a ela que não podia sair sozinha. (We used to tell her that she couldn`t go out alone.)

Vos dizíeis que gostais de cachorros. (You all used to say that you like dogs.)

Conjugation of the Verb Dizer – Past Perfect Tense

In Portuguese, we use dizer in the Past Perfect tense when we would say that we had spoken or said.

Here are some examples of the Past Perfect tense in use:

Como eu ja tinha dito… (As I had already said…)

Se você tinha dito “não”, eu não teria deixado ele entrar. (If you had said “no”, I wouldn`t have let him in.)

We use the Future Perfect tense in Portuguese when we would use will have in English.

Here are some examples of how you would use the verb dizer in the Future Perfect tense:

After you have read and understood the final section on the conjugation of dizer in Portuguese, you`ll be able to use the verb to say in practically any situation.

The Future Subjunctive tense is used in specific situations – usually when the phrase starts with:

It is also used with the following relative pronouns:

Finally, we would also use the Future Subjunctive tense when we are saying a sentence in two parts, with a command in each half – example i.

Here are some examples of how you would use the Future Subjunctive tense in real life:

In Portuguese we use the imperative mood when we make a command. This is usually a one-word command, or a very short phrase.

So, for example, a policeman (um policial) might say “dize!” (or “diga!” if you were in Brazil) to you when you are being interrogated.

Or a teacher (um professor) might say “não digam!” to a group of chattering students.

Other Portuguese Verbs that Work in a Similar Way

Some good news is there are a few other verbs which you can use in the same way as dizer, as they are made up of the root dizer preceded by a prefix. Some of these are:

So there you have it – all you ever needed to know about how to conjugate dizer in Portuguese. Now go out there and nail it!

Test your skills and see what you’ve learned from this article by playing a selection of sentences with conjugated forms of the Portuguese verb “dizer”. 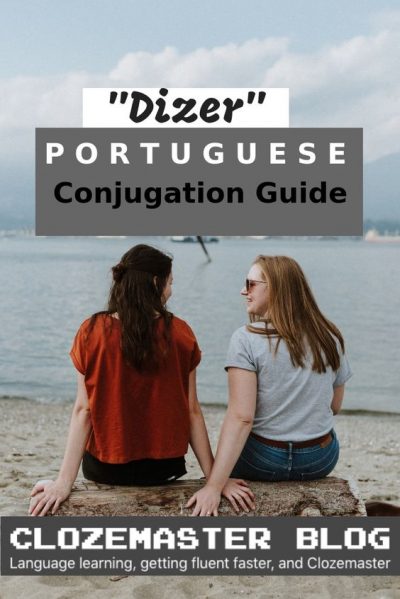